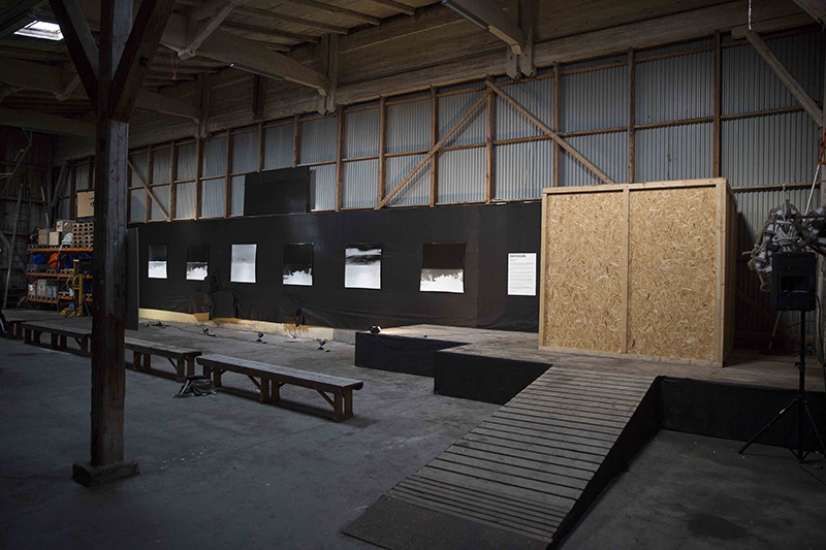 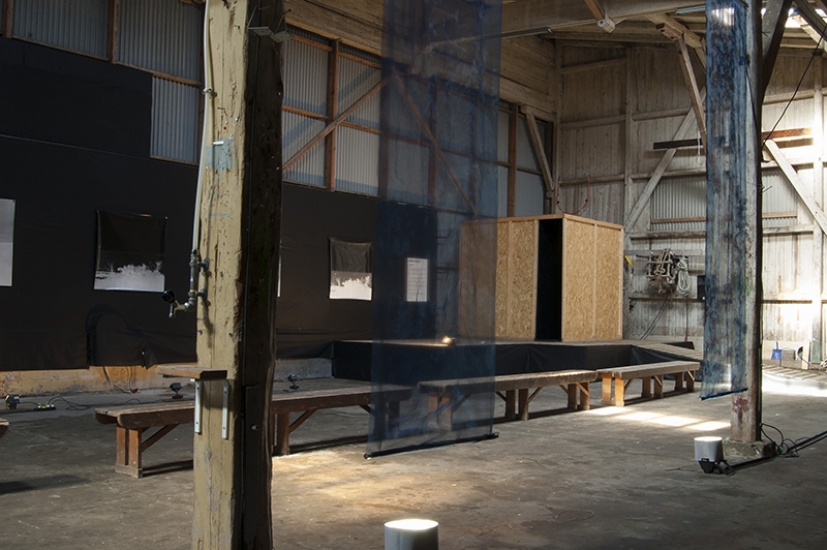 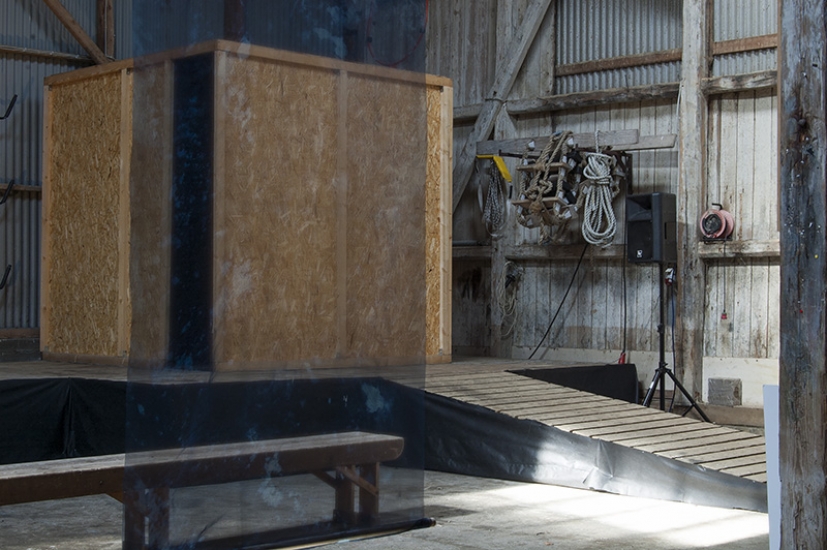 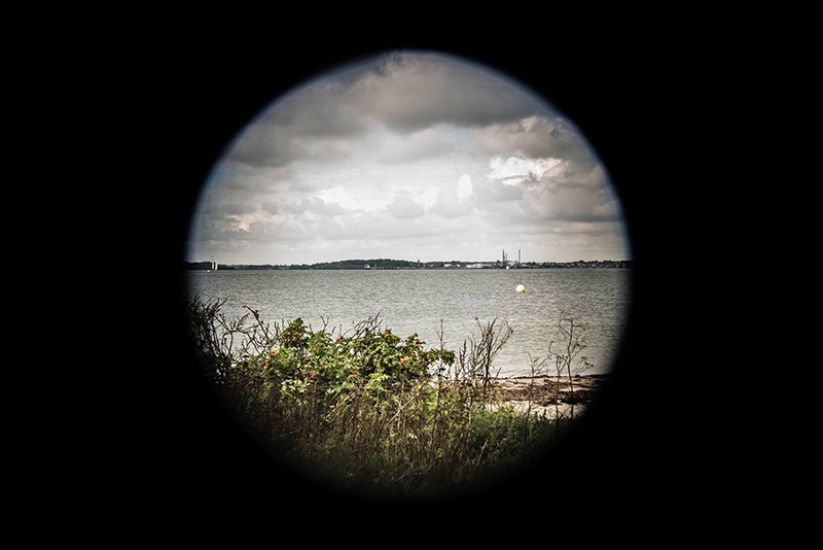 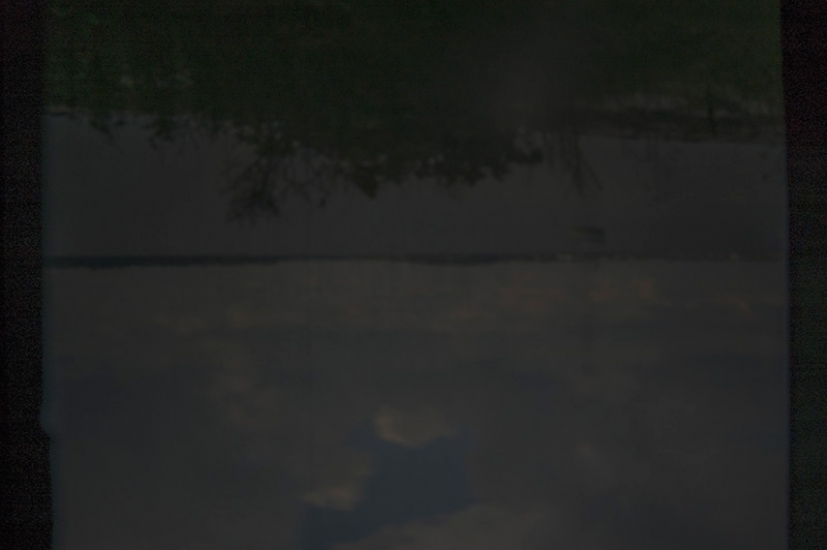 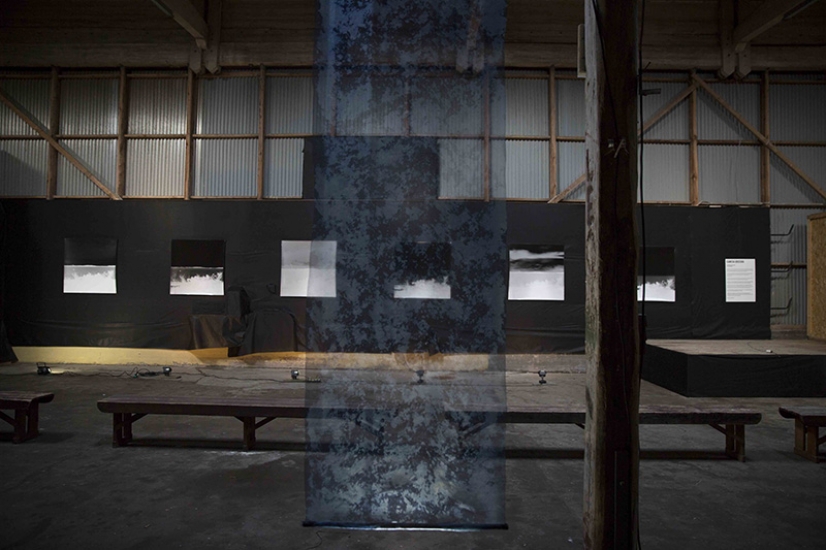 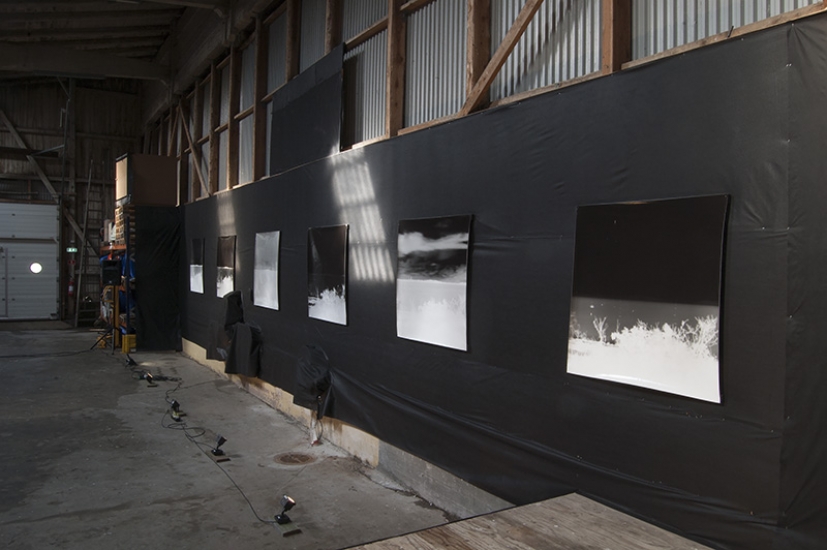 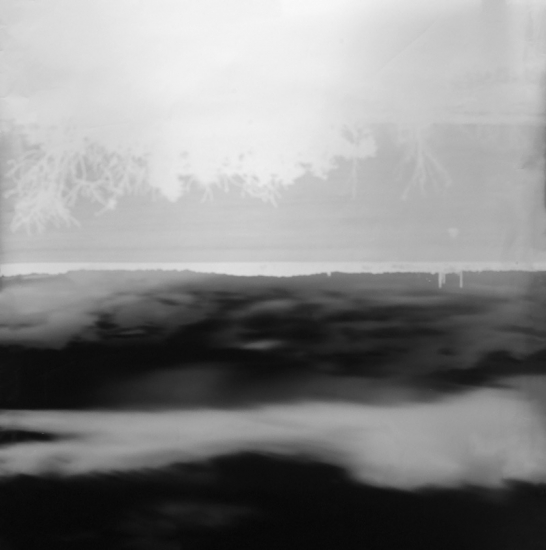 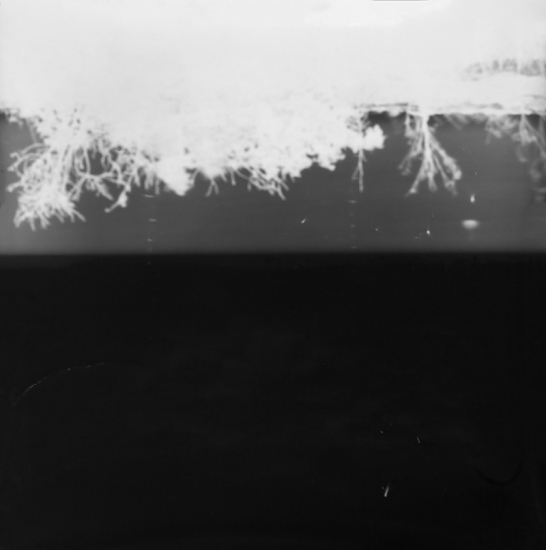 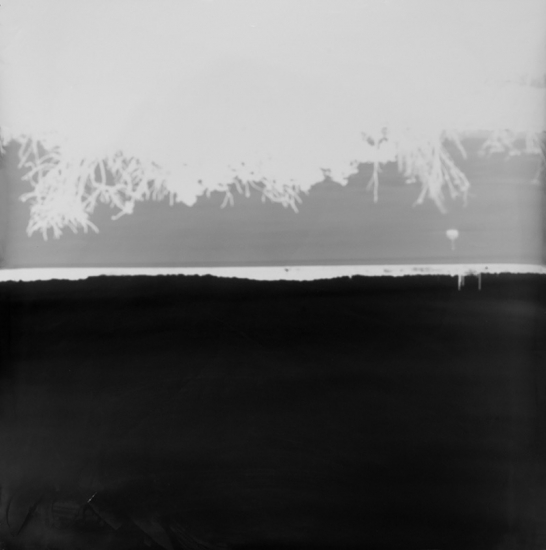 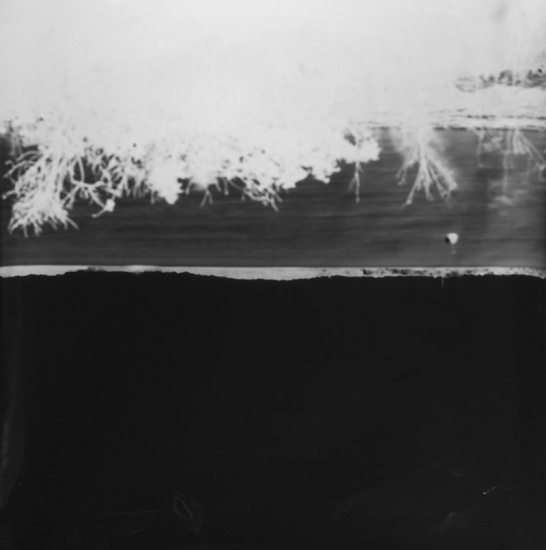 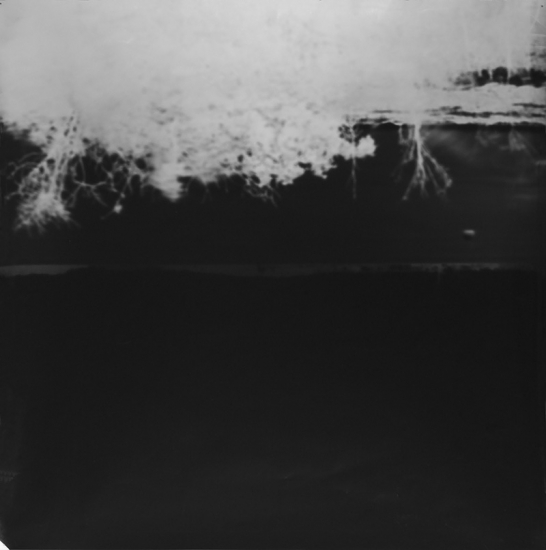 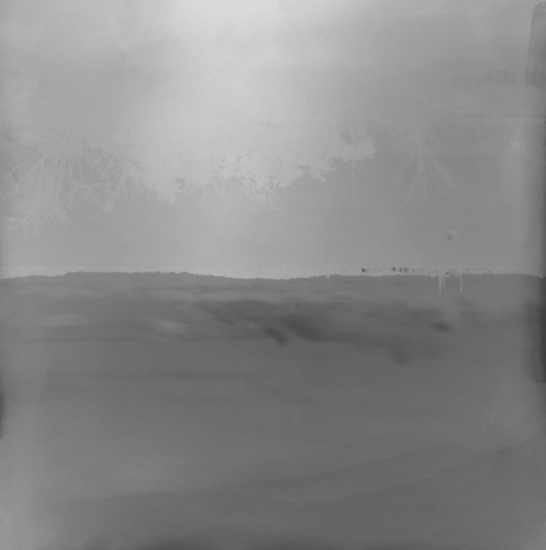 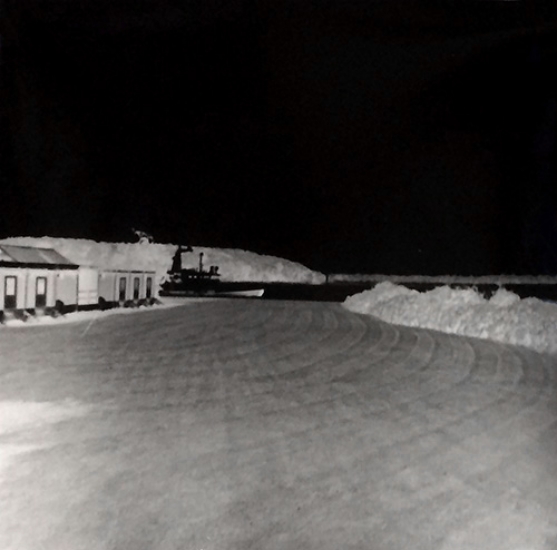 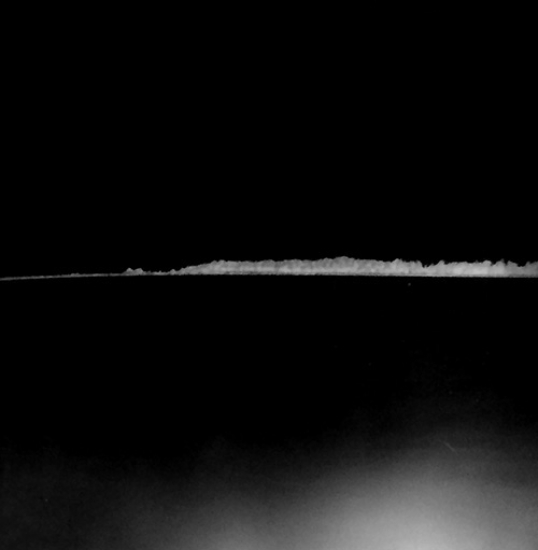 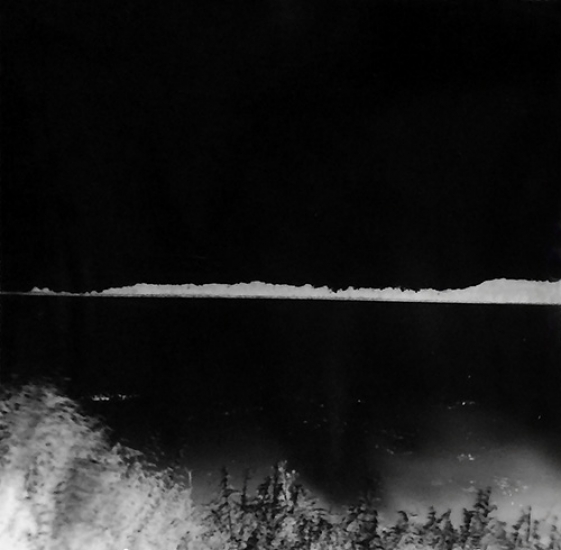 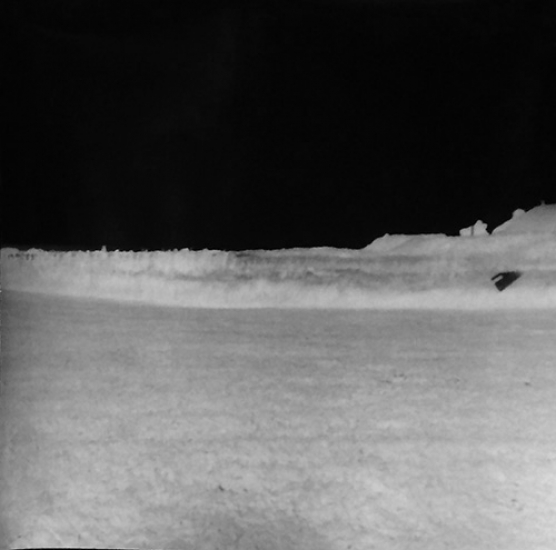 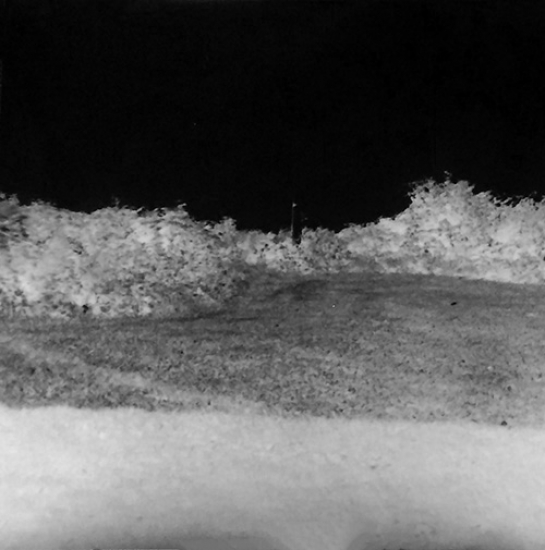 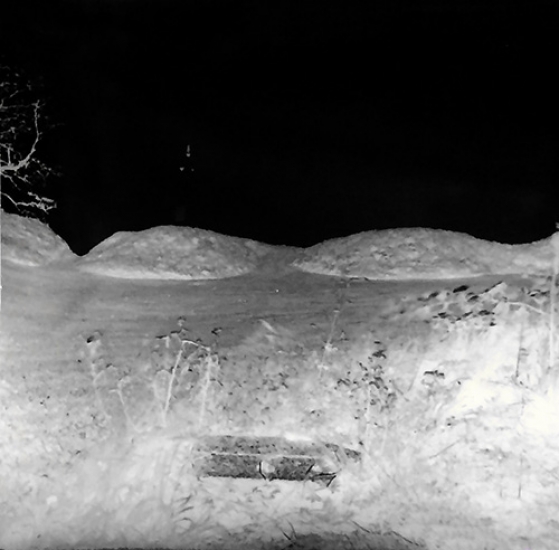 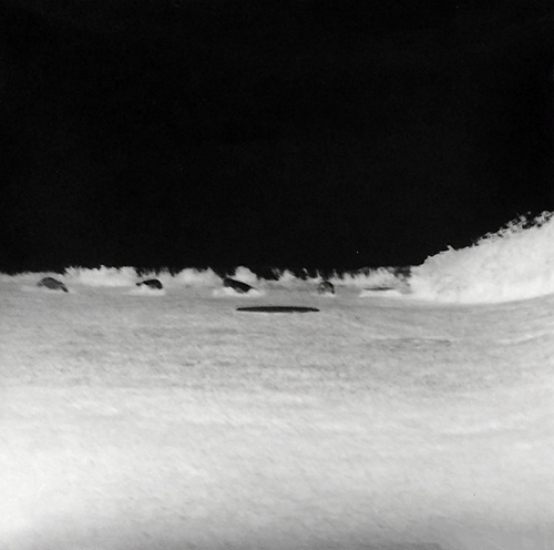 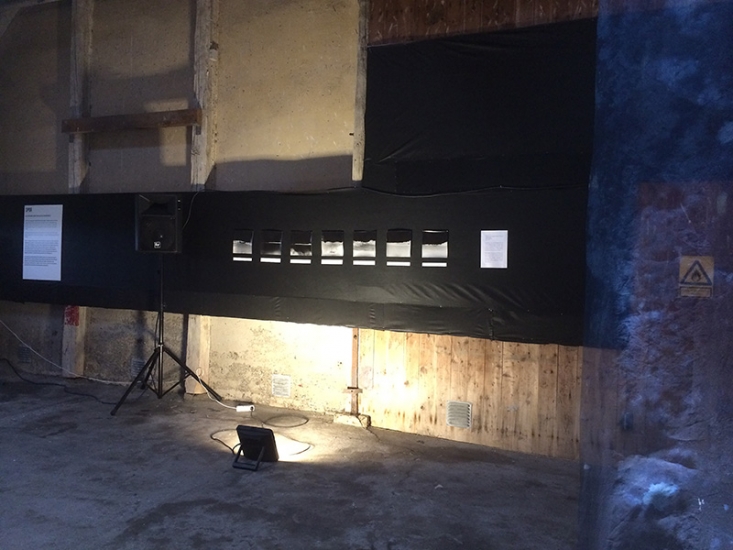 Camera Obscura and the Horizon series of photographs are works, which investigates the unique position of the peninsula Slipshavn as site and its relation to the sea. The works questions the significance of change over time between culture and nature, between that which is changeable and that, which does not change.

Camera Obscura was a fully functioning life size pinhole camera. The viewer would enter a small maze walkway leading into an inner chamber where light through a small hole in the wall, would project onto the wall the outside world upside down.

Camera Obscura was installed in an old seaplane hangar. The seaplane hangar no longer serves its original purpose as housing seaplanes and the large opening onto the sea for the planes to fly in and out is now blocked. By placing the Camera Obscura against the wall it re-opened the view to the sea and re-established the connection that once was.